People usually say that past is the past, and that one should look only towards future, but I say that past gives us great things ( memories, experience, knowledge etc. ) so since I didn’t write much during the year of 2012 I’ll make a short overview of that year here in order to inform you a bit about all the cool things that have happened to me.

So, the first cool thing that happened to me was winning the third place in competition organized by “Digitalna Agenda” for application “Prijavi Problem” which my friend Mladjan Antic and I made for that competition. It’s a pretty cool application that allows anyone with smartphone ( Android or iOS ) to report any irregularity that he sees on street ( wrong parked car, dumpster on fire, bumpy road etc. ).

After that Mladjan asked me to join his team “Imperio” as an Android developer. I joined the team ( BTW it’s really awesome team driven by pure passion for perfection ) and not long after that Taksiko project had not only iOS version but Android version as well. Oh yea, and before I forget to mention, Taksiko also won a prize on WEB Fest 2012 for best mobile app in region!

So we started working with Taksiko, we had some ups and downs but eventually it all went pretty good since we managed to hook up with one of the biggest TAXI companies in Belgrade, and that gave us the opportunity to implement the system in real enviroment, and by doing that we made a good terrain for expansion of the service to other towns in Serbia and to other countries in the region.

In June 2012 I went to a great conference in Split, it was all about startups, and it was a really great place where a programmer could hear a lot of smart things from fellow programmers and some really inspiring talks from people from Sillicon Valey, so I would describe that as an experience that was definitelly worth traveling to Split.

After Split ZeusSoftware team started working more on iOS programming and also polishing our Android knowledge so by the end of November 2012 we had already several cool Android and iOS apps behind us ( “Ostavi Ovde”, “TotaTaxi Vienna”, “Mapa Pristupačnosti” ). I was interviewed several times and interview was broadcasted both on local and national TV, and also in newspepers, so I would call that also a great experience because every once in a while when you make something that’s good and/or popular you can expect reporters near you, so it’s definitely a good idea to practice talking in public 😉.

In December 2012 I went to Skopje to attend a Mobile App Camp, and it was another thing that I’m really glad I attended because I made a lot of really good connections with people from the region, I became a member of Macedonian GDG ( Google Developer Group ), and I also met a really cool guy from Slovenia that works for BlackBerry who showed me things that the new BB phones will be capable of, and I think that it’s an understatement to say that new BB will be awesome… But trust me, it will be AWESOME! And yeah, once again before I forget, our team presented great app on this conference ( Baby App ) and we won a prize for the best app concept ( one of the total five prizes ). 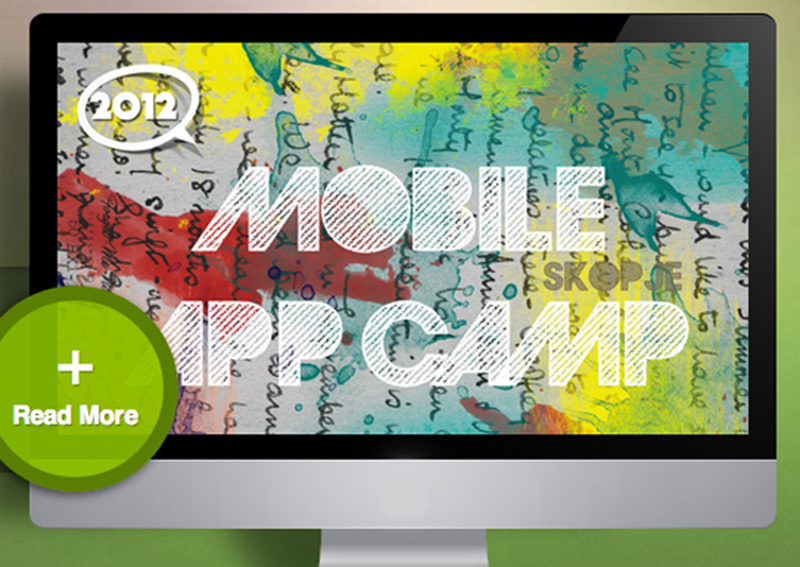 All this beeing said I just realized that I actually had an awesome year and I hope that 2013 will be at least near last year. Actually I’m pretty sure it will be because I plan to take a trip to Amsterdam this February so stay tuned for that blog post.

Last year, besides things I mentioned here, peaked my interest for Win8 mobile platform and new BlackBerry 10 platform, so I can say that year 2013 brings a lot of cool things to us in my oppinion, and I hope to achieve at least one good app per platform during that year.

OK, so that’s it for this post guys and gals, if I think of something else that I forgot to mention now I’ll make a new post in addition to this one. Thanks for your attention, read you later!