Before I bore you to death trying to explain term “Hackathon” but in order to leave the possibility to those that are curios, I’ll put a link to good old Wiki so feel free to either read that Wiki article or continue reading this blog post.

Now that we’ve covered the basics let’s get to the “juicy” part :).

Last weekend (5th and 6th of December, 2015.) great crew from SEE ICT (also know as Startit.rs) have organized third social change hackathon that took place in their new, super awesome space :). The main topic of this hackathon were open data, one of the “weak spots” of Serbia, but we all hope that open data will improve after this awesome event, and that events like this will animate the IT community to try and use the full potential of it. 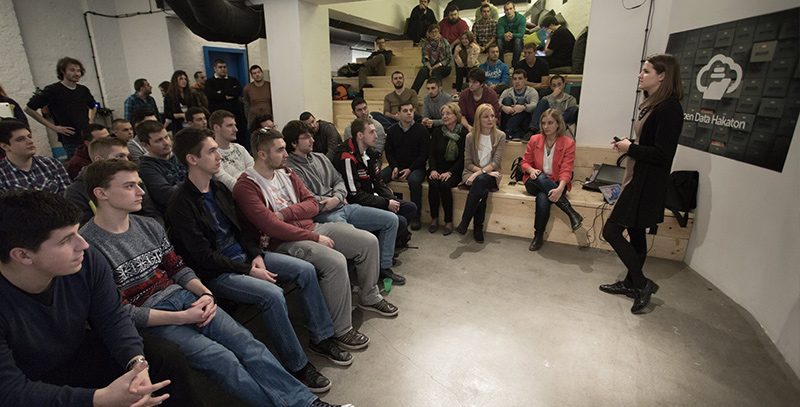 The event was designed as 48h of non-stop coding of 11 applications, so there were 11 teams each made of at least one activist, one designer and one developer (well actually all teams had only half of designer, but all designers gave their best so nobody even noticed that the other half was missing :D).

Ermmm, yea :). 48h non-stop, without dedicated time for sleep or rest :). “Holy cow, are you a wizard?”, nah, just a developer… Basically the idea behind any hackathon is to do as much as possible during some fixed amount of time, and when you put it like that it’s pretty obvious that you need to optimize your time, which usually means that you need to remove the sleep from the equasion. Of course if you don’t feel good after staying up for too long, and you need to rest your eye lids for an hour or two nobody will judge you for doing so. Although if you rest your eye lids for longer than 3h you deserved the judgmental looks pointed towards you xD! 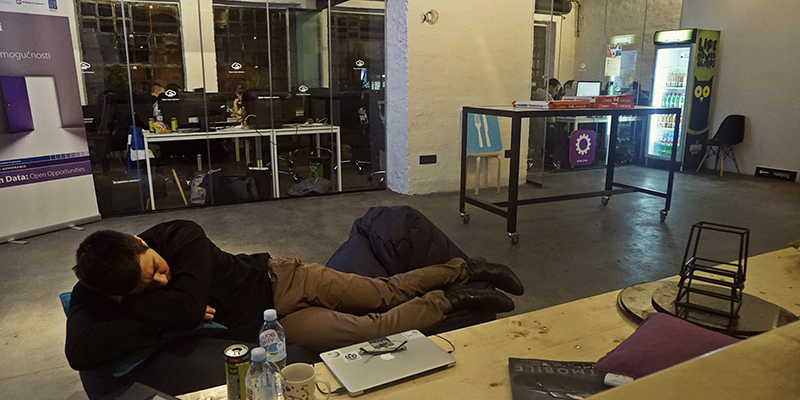 OK I get it, but besides good time with other people, what else is in it for you?

Does it have to be anything else :)? As a developer, and I believe that designers and activists have similar mind sets, there’s nothing better than to see a piece of code, that “normal” human being can not understand, work something nice and useful. When you put on top of all that the fact that all this brings some progress to the whole community, that some solutions make life easier to some people etc. I think that’s enough for a motive to any human being, and that’s what pushes us all to give our best during those 48h to make the project tell it’s famous first words: “Hello World!”.

If events like this didn’t exist we probably would not have some cool and useful tools like Mapa Pristupačnosti, and that would be pity.

Let’s get back to hanging out with other cool people. Every time I went to hackathon I “found” new people who entered my life for those 48h, but have often stayed in it for much longer, which means that great friendships are forged in the fire of hackathon :). It’s really easy to find friends among people that think alike, and have the same goal – to help, to do something great for well being of everyone, and that’s a great refreshment to daily routine. Spending time together also affects us all by giving us the opportunity to sit in a room with 30+ great people, to exchange ideas, to help each other, so basically staying up for the 48h has a great side effect – personal growth – so I definitely think that every developer should go at least once to a hackathon (don’t blame me when you can’t stop it after going to one :D).

Yeah that’s all great, but how can you stand working for so long without stopping?

Well developers and designers are usually very strange “animals” :). We work 25h per day anway, so hackathon comes as a natural habitat and it’s not a big problem. Recipe that have proved itself good for the past few years is that every time you feel a crisis you do a power nap in your chair (around 15min) and after that you’re as good as new, and can go on and on and on as if you’ve actually had your 8h beauty sleep :). Basically if the crew is great, and it always is, people don’t feel the need to sleep, as they’re all pumped up by the adrenalin, the atmosphere etc. ah yes, and one other thing… Energy drinks… Lots of them :D. And from time to time there are some secret weapons from the hackathon organizers (see the pic below :D). 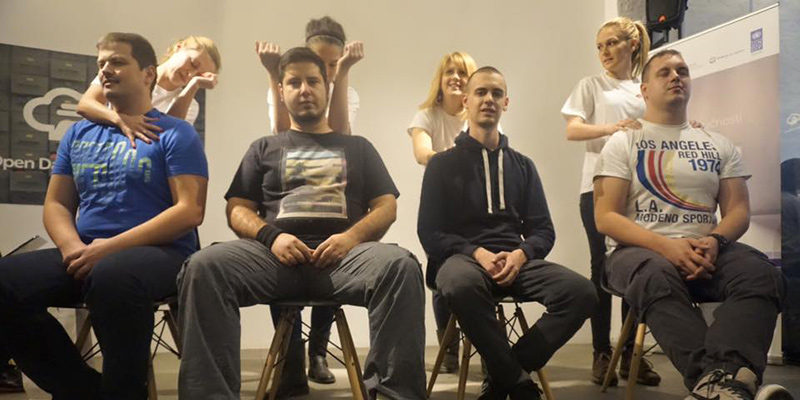 Also, what helps a lot is to dress comfy, as you will sit in a chair for 48h and last thing you need is to think about how bad this trousers feel after 20h :D. Also, there are usually nice areas where you can play some video games or this time even table tennis, so when you know all that, it’s easy to come to a conclusion that we actually enjoyed our time there, so there’s nothing “to stand” it was all one big pleasant experience :). 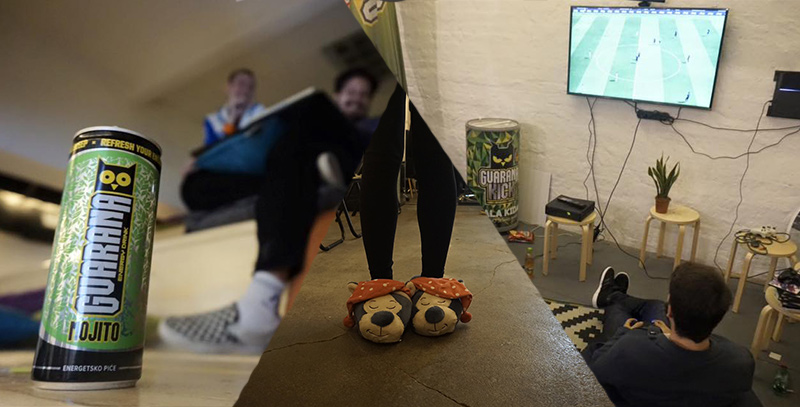 It looks magical :). When you look around all you can see is bunch of tired but happy people, walking around, passing congrats to other teams for all the effort and results, thanking each other for all the help because a developer or a designer often helps other teams in they’re “stuck” with something, so the overall picture of hackathon for the last few hours is even brighter that it was.

Afterwards teams usually present their apps, they show how much they’ve created, what else they want to make, the plans are made for when and if the project will be brought to it’s end, people hang out some more, and that’s basically it. It all depends from person to person what happens next. For some hackathon remains as a nice memory (for some maybe not, we’re not all the same), but I think that the biggest success is when the crew from the hackathon stays together, when people continue to cooperate, to heng out etc. All in all hackathon is a magical place with unlimited possibilities, and it’s in the eye of observer to see it for what it really is. 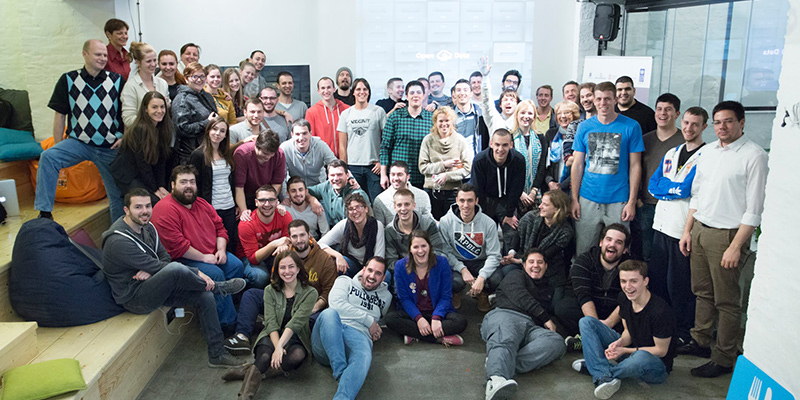 There you go guys and gals, I hope I didn’t bore you to death, so off I go now to do some more coding ;). Have a great day!

P.S. As a shout out to great crew from hakaton I’m linking 2 texts inspired by Open Data Hackathon (if you know for other texts please let me know so I can add them too):

Comments are closed, but trackbacks and pingbacks are open.